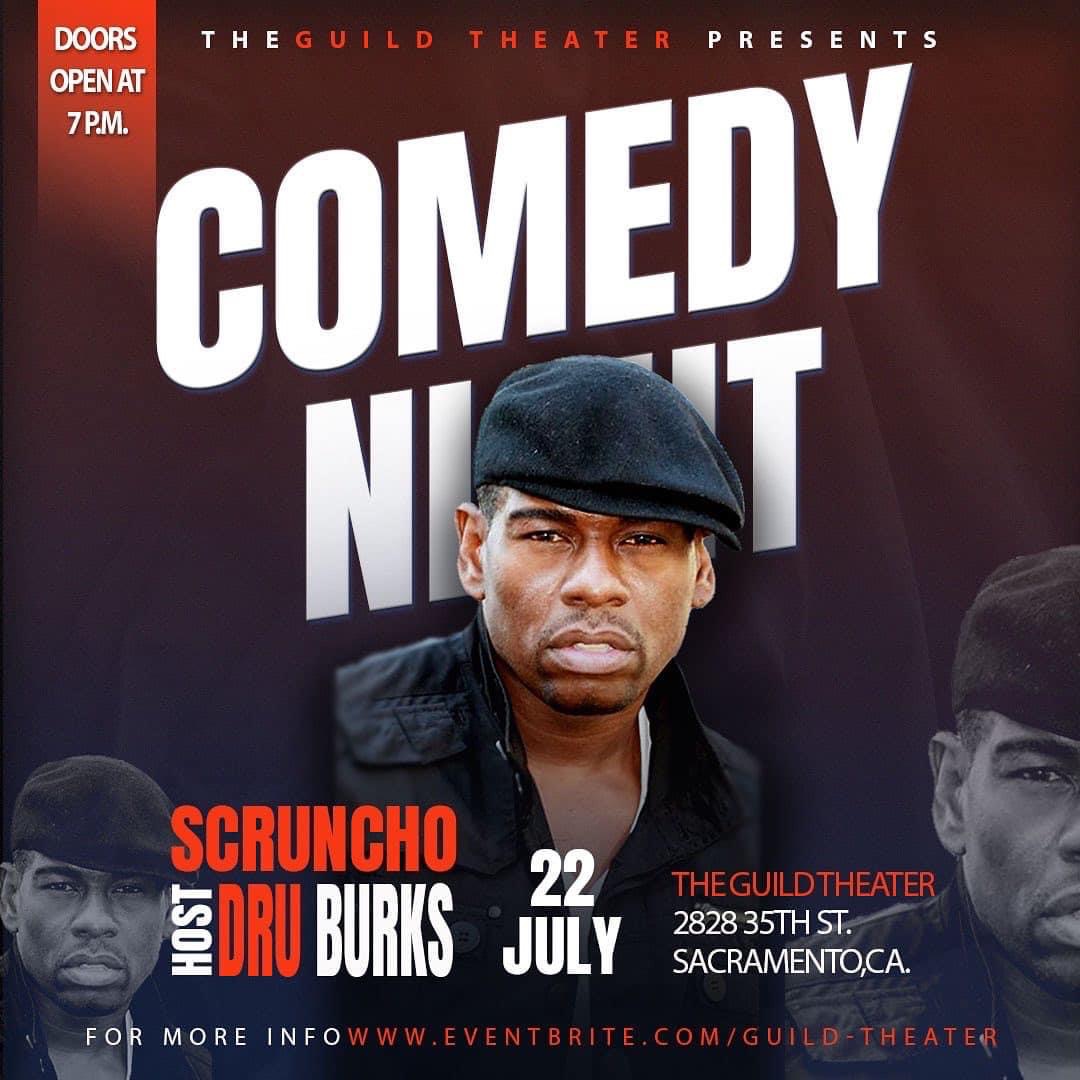 A lot of you have been asking who’s next for Comedy Night at the Guild Theater? Well it’s July 22 and your Headliner is the one and only Scruncho . For nearly two decades, Anthony “Scruncho” McKinley has entertained comedy show lovers both on and off the stage. He has made several television appearances in shows and films like, “Watermelon Heist,” “For the Love of Money,” “Rude Boy” and “How High.” McKinley has also toured with big names in the industry like Dr. Dre and Eddie Griffin. Tickets are on sale Now!!!!!! Click here 👉🏽 https://linktr.ee/guildtheater