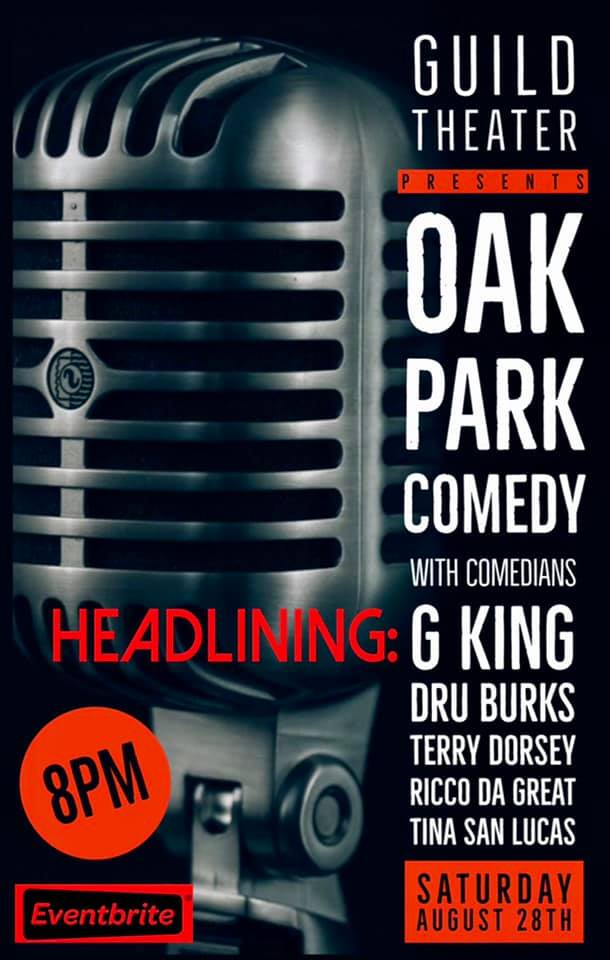 Bringing some of the hottest comedians in the U.S.!

Comedy Night At The Guild Theater

DJ Supe in the mix

The Guild Theater is located at 2828 35th St. Sacramento, CA

Host: Dru Burks: A comedian born and raised in Sacramento, CA. He has been in the Comedy game since 2005, and worked with the likes of Paul Mooney, Pierre, Scruncho, Mark Curry , Darren Carter , Tony Roberts and many more! He now host His Own comedy shows at the Guild Theater called Comedy Night at the Guild Theater

Featured Comedian : Terry Dorsey Comedian and actor from Chicago now living in the San Francisco Bay Area. Co star of the web series “Rent Check” dropping this fall. Appearing on the new TV show “Family Justice” fall 2021. Creative storytelling would describe his style of comedy. “Connecting with an entire crowd is what I love most about being a standup comedian” -TD

Featured Comedian : Rico Tha Great of Berkeley Ca. has been tearing up comedy stages all over the USA since 2013. His professional personality, wild and fun stage presence makes new fans for him wherever he goes from Tommy T’s (Rancho Cordova & Pleasanton CA)

This site uses Akismet to reduce spam. Learn how your comment data is processed.